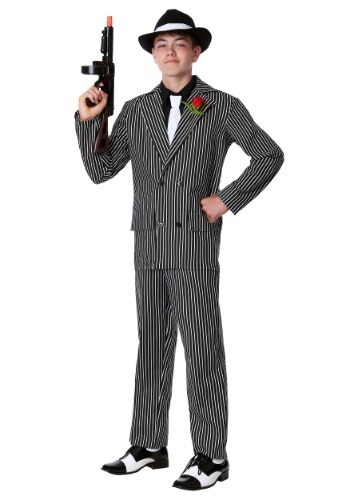 When you think about gangsters of the Prohibition era, what comes to mind? If you’re like most folks, you probably picture a square-jawed tough guy in a brightly colored pinstripe suit, sporting an oversized hat and toting a tommy gun. When you think about it, though, that likely wouldn’t have been the most practical look for your more prudent wiseguys. Tough customer or not, when your primary source of income is something less than legal, it’s unwise to walk around in an outfit that more or less screams, “I am involved in organized crime!”

Anyway, that image probably has more to do with Hollywood and Dick Tracy comics than with reality. That’s not to say that real-life gangsters didn’t take pride in their appearances, though. Look back through historical photos of Al Capone and his various partners in crime and you’ll see a bunch of well-dressed fellows who look like they’re up to no good. It’s pretty clear that your higher-caliber gangsters were big believers in the old saying about how you should dress for the job you want.

Hopefully your teen won’t be following the same advice in this snazzy polyester costume, as there aren’t many places hiring old-timey gangsters these days. But that doesn’t mean you can’t have a good time rocking this eye-catching pinstripe get-up, featuring a double-breasted jacket with four buttons and wide lapels, and matching trousers. It’s time to start practicing your Edward G. Robinson impression, but remember to keep an eye out for the paddy wagon!