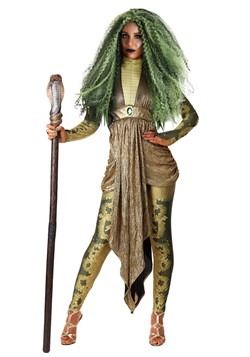 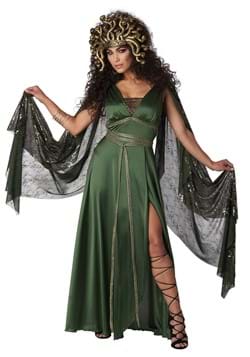 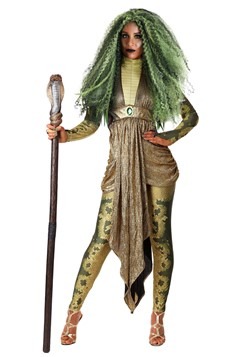 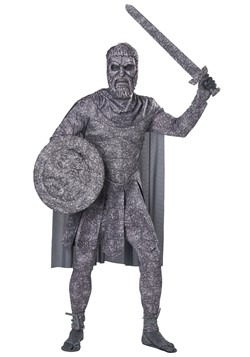 Dress as Medusa for Halloween

We all have a healthy fascination with Medusa, the fictional character from Greek mythology based on the legend of Medusa. About everyone has heard of Medusa, but did you know that Medusa is just one sister among a trio? The story of Medusa talks about the curse on Medusa and the battle between Medusa and Perseus! Any who would look upon the once-beautiful Medusa in the eye would turn to stone.

Live dangerously in the women’s Medusa costume, turning all attention to you when you dress as Medusa for Halloween. Our women’s deluxe Medusa costumes feature the head of Medusa and a costume with multi colors thanks to a dress from previous witch-style costumes. Imagine a Medusa in a beautiful green color to represent her serpentine form.

Know what being a goddess felt like! Medusa is here to give you her enchanting power. Some might want to have an alliance with Medusa. After all, there were so many options for Medusa to lure in her victims. When you dress for the night as Medusa, you can be sinister like Medusa with another friend dressed in a costume from the gods of Olympus. Imagine seeking revenge from Poseidon! Once you’ve settled on Medusa for your costume, you have to decide how to accessorize when you dress as Medusa.

Since our costumes in lovely gold and green are inspired by the mythological Medusa, you’re sure to find this diverse selection of costumes and accessories are a perfect way to have fun. Dress in a costume of the legendary singing goddess by augmenting your Medusa costume with unique accessories. Try a costume with horns in order to become a demonic Gorgon or accentuate your costume with black clothes to show Medusa prior to her curse!

When you pair a serpent headpiece, you’ll look fabulous in your Medusa costume. There's nothing like breathing live into Greek mythology with a Medusa costume. The only step you need to take is to buy a Medusa costume for Halloween today! Medusa herself would scream with this costume, especially since she could have a night on the town with you!