Plus Size League of Their Own Coach Jimmy Costume 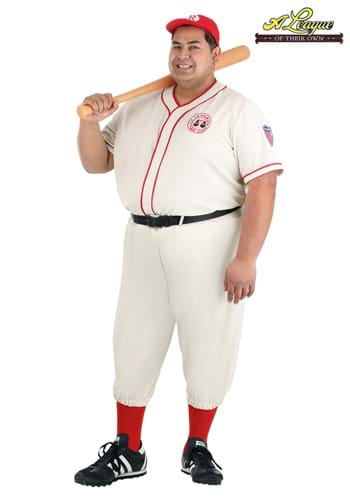 "There's no crying in baseball!"

For the love of the game. That’s the only reason (and money too we guess), to coach a bunch of women who don't take the game seriously. That is, until you realize they do. This is the best time of their lives, and the best time of your life. It really is a League of Their Own. At home they are torn between being daughters, wives of husbands off to war, and tired mothers. But on the field, they are baseball players.

The early years of baseball were some of the best. The game was bigger than football. People got excited about watching a baseball game. With this Plus Size Coach Jimmy costume you can embody the old way of playing the game. There won't be any crying allowed. No metal bats. No drugs. Just natural talent. Cracker Jacks in the stands. 75 dollars a week to players, instead of 4.5 million dollars a season. (Although, we would gladly take the 4 million.) You'll be able to whip anyone into game playing shape. As Jimmy Dugan once said, "Anything worth doing is worth doing right." *spits*