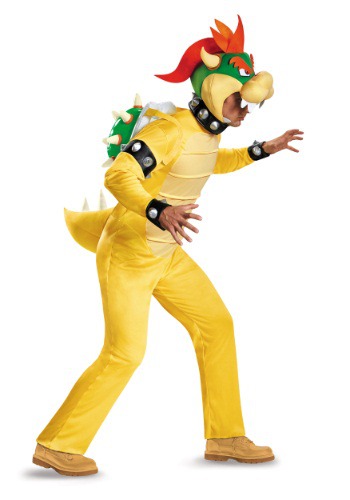 The Mushroom Kingdom has been in a constant struggle against the mighty Koopa King, Bowser, for … probably forever! Bowser has got some real problems and they likely all stem from some serious self-esteem issues. Here’s a king who lives in the midst of lava, everywhere, and most of his subjects aren’t all that acclimated to such an environment. So, they run closer to the Mushroom Kingdom for a bit of a better ecosystem and then quickly see that a whole bunch of mushroom people are living way better than they are!

What likely started as an overly aggressive attempt at seeking some help from a more prosperous nation went certainly overboard and now it’s just become a regular thing. We can do all the debating we want in the office about whether Bowser loves Peach or if there is a weird sort of Stockholm’s Syndrome at work, but it is a little odd that Peach is willing to show up to sporting events and go-kart races with public enemy number one if there isn’t a bit of an attraction there. Maybe she just wants the attention? Either way, any effort to talk, negotiate, or outright kidnap is constantly intruded upon by that foreign invader and hero of the Kingdom, Mario.

Well, this time, Bowser has come up with a brilliant idea. Head into the “real world” and see if he can’t get Mario to stay out of his business for good! So, don this Deluxe Bowser costume and start your own city-wide rampage. The jumpsuit fastens with Hook and Loop fastener and has an adorably evil stuffed tail. The hood has an opening for your face in the wide mouth and features Bowser’s unmistakable handsome mug and soft-sculpted horns, snout, and appliquéd eyes. The vinyl shell inflates by breath and straps over your arms… just in case you need to knock down a line of your allies for a 1up! ‘Cause, obviously Bowser gets those when he hops worlds, too!