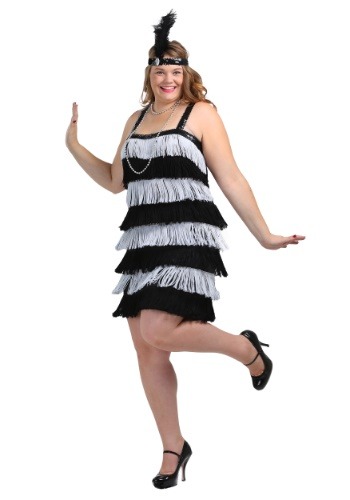 You know how they say that fashion is cyclical? And any fashion that was in before is going to come back around again? Well nothing is hotter than the 1920s right now! That's right, the Roaring Twenties! Think of it: prohibition! Speakeasies! Al Capone! The Great Gatsby! Herbert Hoover! The Scopes Monkey Trial!

Okay, we should have stopped after the Great Gatsby, right? Yeah, we had a gut feeling there, but we ignored it and look what happened. But you already knew that, just like you already know what a fabulous time there was to be had in the 1920s, flapping (that's why they're called flappers, right?), doing the Charleston and generally having a grand old time with Gatsby and Daisy and Nick, even that old George Wilson (hmmm on second thought, skip George). Sure, the Great Gatsby is actually a warning about the dangers of over the top decadence and a bunch of other sad stuff (look, we slept through most of Junior English, okay!), but you don't need to worry about that as you kick up your heels and have a ball as you cut a rug in this gorgeous alternating black and silver fringe. And hey, the headband is included so you're actually being economical. Way to learn from the past!

Besides, as we said above, the 20s are so hot right now! You look at that sequined headband with the feather and you think "how on earth did that ever go out of style?" We don't know either! It's so cool! In fact, why even pretend its the 20s with this dress? Pretend its the now and help people realize that this fashion should never go away!