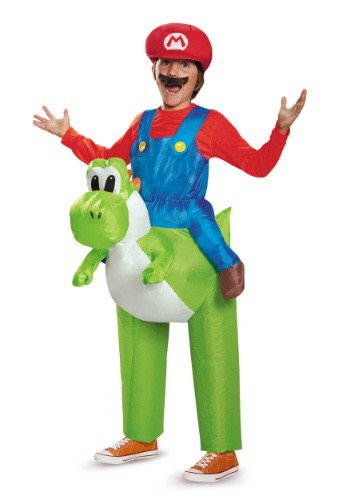 It has been a while since the SNES days of running down the patch of grass to find that floating [?] box, jumping up and striking it, expecting a mushroom but hoping for a super feather and then being shocked to see a green egg pop out before quickly breaking apart and hatching into the most unexpected ally, our favorite dino pal, Yoshi. The Mushroom Kingdom has developed quite a bit since those Super Mario World days. Heck, we’ve gone to new galaxies, literally painted the town red (and blue and yellow)… we’ve even teamed up with the Princess for some four-hero adventuring.

But, in all that time, Yoshi hasn’t really had as much time in the sun, excepting for the very occasional visitation on a level or two. Some of our kiddos might not even know the glory of finding that dino ally pop out of the egg to help us along, racing towards the end of the gauntlet, time ticking down before the castle doors close and your voyage to the next level of your adventure is halted, and there in front is a line of sharp-backed Spinies. Only a good solid pair of dinosaur boots are going to get us over that mess and your kiddo needs to learn just how valuable an ally that Yoshi can be.

But, we’ve got the hook up from our Dinosaur Kingdom buddies and you can share the fun with your tyke thanks to this Mario Riding Yoshi costume. They’ll jump their way into this polyester windbreaker jumpsuit and pull the famous blue overalls over the shoulders of their favorite Mario-red (or Luigi-green) shirt. The bottom portion of the costume is Yoshi’s legs and the magic happens when you activate the battery-powered Super Fan at your kiddo’s hip. Suddenly, Yoshi comes to life it is time to truly finish that quest---this time in the Candy Kingdom!