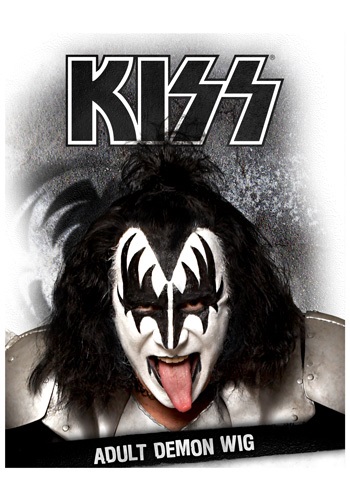 When it comes to the legends of rock and roll, KISS definitely comes to mind. The four guys involved in the band revolutionized how we enjoy rock music, ushering in a new era of pyrotechnic-heavy concerts—from fire breathing, blood spitting, smoking guitars, shooting rockets and levitating drum kits, these guys had it all. In 2014, the group was inducted into the Rock and Roll Hall of Fame, and they’ve sold more than 100 million records worldwide. What’s the secret to their massive appeal? The elaborate costumes and stage personas? The eye-catching face paint? The raw talent showcased in their music?

Or maybe it’s the hair.

Specifically, we’re talking about Gene Simmons’ hair, which is so unique it doesn’t even have a style to compare it to. Maybe a half-pony blow-out? We’re not sure… but we are sure that his hair has got to play a major part in the Demon’s never-waning popularity. The man is still playing concerts 40 years since he helped found the band, and he’s showing no sign of stopping.

If you want to dress up like rock and roll’s favorite dark son for your next costume party, you definitely can’t forget about the hair. So buy this KISS Gene Simmons Wig. The styled black wig has a small ponytail on top and crimped hair on the sides, just like the real deal. We wouldn’t be surprised if you get mistaken for him as soon as you put it on. So put it on and get ready to rock and roll all night!