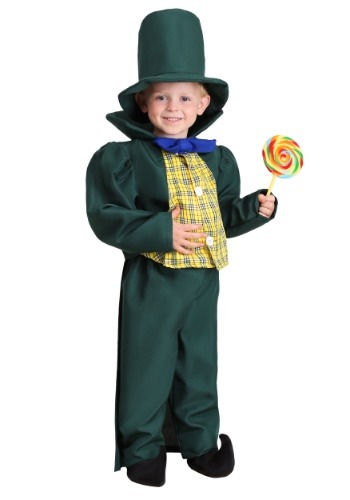 Look, when you’re the Mayor of Munchkin City, everyone thinks your job is just a bunch of rainbows and lollipops. And sure, you might be running the town that’s the cutest in all the land of Oz, but it’s got its own share of problems!

First off, that witch that that girl Dorothy just took out? She’s the least of your worries! That’s right - sure, she terrorized your little village on the reg and basically made all of your citizens live most of their daily lives in fear, but what they don’t know is that she was just a coverup for a whole big, bad, underground ring of other witches who are just waiting to take her place. That’s right…and that Good Witch Glinda? Sure, she’s a nice lady, but effective against the foreign powers of evil witches she ain’t! There’s a storm brewin’, alright, and it ain’t the nice kind that just blew that girl from Kansas in here!

But none of your citizens need to know that right now, so let’s just put on this Kids Munchkin Mayor Costume, give 'em a day where they can laugh and sing and dance, and then we'll get back to work fighting the forces of witchy evil tomorrow! After all...it's gonna take a superhero to protect this village, and even though that's not what people thought they were creating when they voted for Mayor, it's what they're gonna get! Big things come in small packages, after all...so jig it up and let's find out what you're made of!