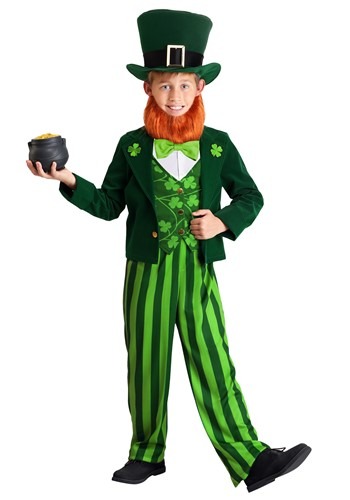 Today, the world is shocked by the scientific breakthrough in the field of meteorology and, well, we supposed mythology as well! After years of mirthful notions of chasing down rainbows to find the rumored pot of gold at the end of the rainbow, scientists finally decided to play along. Similar to the North American Aerospace Defence Command's radar tracking of Santa—an amazing proof of the Arctic gift-giver's existence, in itself—the World Meteorological Organization sought to prove once and for all what awaits us at the rainbow's end.

Not only is the world now aware of the existence of the shamrock-loving, red-bearded, child-sized beings known as leprechauns, but we've also uncovered the truth that rainbows are, in fact, formed from tiny bits of delicious candy! It is no wonder that the mystical folk have been hiding this secret for so long. But, now that the truth is out, it's time to make friends with the rainbow-holders and start sharing the sweet treasured wealth!

It's time to get to know your own little leprechaun and learn all the delicious secrets of the rainbow with this Leprechaun costume for kids. This is a great ensemble that was dreamed up by our snack-loving design team for a bright green example of our Made by Us line. It includes a button-up velvet jacket and a jersey front that's printed to look like a shamrock vest. The black and green striped elastic-waist pants go great with the bright green bow tie. Top of the look with a hint of leprechaun refinement thanks to the foam-backed velvet hat, complete with a golden buckle.

IT'S NOT JUST SKITTLES IN THERE!

Naturally, when your little leprechaun comes bounding up to you, there may be an expectation for some delicious candy. We recommend some shining chocolate coins, some colorful candies, but don't forget the green broccoli! (Real leprechauns love a balanced meal.)