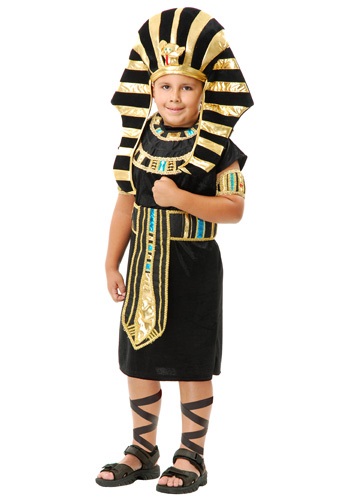 The Ancient Egyptians knew that royalty was a grand mandate of divinity. Their pharaohs were reincarnated forms of the great sun god, Ra. Because, what is better than being King than being a God-King!? Challenged to bring their people to untold prosperity while competing with somewhere between 6 and 40,419 gods of death, those rulers had no end to their stress! And, worse, those who were disturbed or ruled unwisely might rise as mummies, forever tormented to wander the sands until the rightful pharaoh might come and return them to their slumber. So, maybe being king isn’t always the easiest of paths in life!

But, still, the best thing about the pharaohs were that we had no specific limitations on who might be named! Those with the divine right would be raised, no matter who they were. Man, woman, or even kiddos were all eligible if they possessed the wisdom to rule… at least for a while. The great King Tutankhamen, the boy king, became one of the most famously known names in even our modern era.

And, reincarnation is still a thing, even these many years later. Channel the lost soul of King Tut by gifting your kiddo with the luxury of rule with this Child King Tut costume. Luxurious black and gold polyester interlock knit fabric make up this knee length tunic whose belt and collar are trimmed with gold and turquoise colors amidst a metallic golden braid, all featuring exotic Egyptian themed patterns. Matching velvet armbands shine like rare jewelry thanks to faux gems and fasten easily with the mythical power of Hook and Loop fastener. The headpiece is a black velvet fabric with golden stripes and a soft sculpted cobra with gleaming emerald eyes. Let your tyke reign forever as the God-King Tutankhamen and, even if the rule doesn’t last forever, you know that a mummy could be a great option next year!