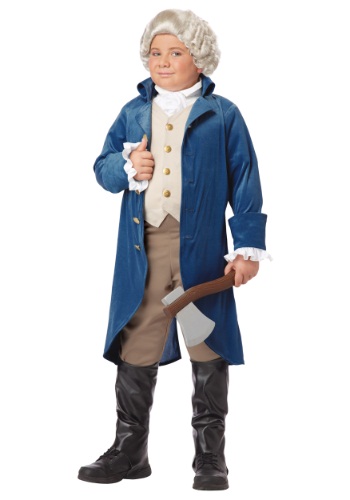 George Washington. One of the few presidents that everyone can recognize, able to even state that he was our first! We can imagine him with this fist on his chest, sailing across the Delaware River. We can imagine the tales we’ve heard… his wooden teeth and his proud proclamations that he couldn’t dare lie about cutting down the cherry tree. Few know the truth of where he got those wooden teeth!

… Ok, so that was probably a lie, but it is hard living up to the high pedestal that the founding fathers left for us. Harder still to stand up to the first President! But, we can try by knowing as many obscure details about the man as possible. For example, he was born with no mortal father! Er, no, that was Merlin. George Washington was born with no middle name, though! He was also a rather exceptional dancer. As there weren’t any video games to play in the 18th century, we were left with few diversions and as a growing man in the social order, he was expected to attend many balls and parties. Finding that he enjoyed it so much, his skill quickly developed and so did his attraction to all the ladies at the dances, many of them attempting to dance at least twice with him!

So, while there is a lot to live up to, it is generally accessible! And most of it can be done even without rotting out your teeth, first. You can start by helping your tyke climb into this George Washington costume. The blue polyester jacket has shining buttons in the front and the white cravat shirt just screams the right time period. Black vinyl boot tops make for a reliable look for the old world foot wear. Include a few other accessories, such as the iconic white wig or even the notorious cherry chopping axe!