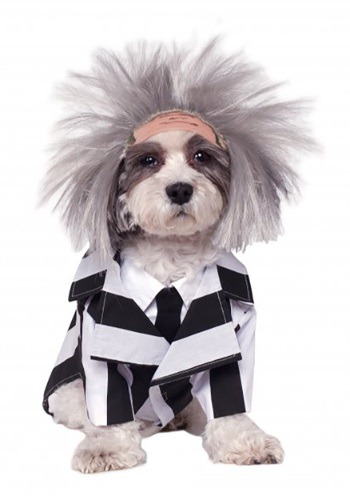 So Tim Burton was looking for a new movie to direct after the critical and commercial success of his last movie, Pee-Wee's Big Adventure. But he quickly found himself becoming discouraged because of the lack of inventiveness and creativity in the scripts that he was reading. Because, if you've seen any of Tim Burton's films, you know that originality is always a prominent feature. Then along comes a script called Beetlejuice, and everything changes. Burton can feel the electric spark again and knows he's found his newest film.

The rest, as they say, is history. Beetlejuice went on to make a lot of money and win over a lot of fans. The kooky ghost story, the spooky underworld, and the juxtaposed indifference of a young Winona Ryder made Beetlejuice one of the most beloved movies of the 80's. And it still holds up pretty well today. Even now, every so often on Halloween, you'll catch someone saying Beetlejuice three times into an empty room to see if this silly ghost might swing by. But...if that doesn't work, you could always dress up your dog like him instead, right?

Presenting the Beetlejuice Pet Costume, perfect for pets and owners who are fans of the movie. This costume is 100% polyester with a jacket/shirt combo that fastens at center front with Hook and Loop fastener tabs. The satin necktie is sewn to the shirt collar and the wig is synthetic hair sewn to a fabric strip that ties under the dog's chin. It's as cute as it is spooky!