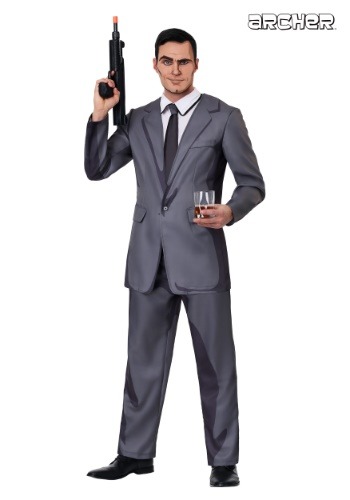 Are You Kenny Loggins?

Because you're about to enter... the Danger Zone!

Ha! We're kidding, we know you're not the real Kenny Loggins. Most likely, you're an Archer fan looking for a convenient way to become the suave, well-dressed, and remarkably handsome secret agent, Sterling K. Archer. But first, we must warn that spy life isn't all it's cracked up to be. Wait— actually yes, yes it is. It's awesome! Being a member of the International Secret Intelligence Service is a cake-walk as long as you can manage not getting killed. Archer dodges bullets while also dodging the lustful advances of admiring women and he makes it all look so easy. His blase attitude about almost everything probably has to do with an insatiable taste for alcohol. Archer is constantly drinking on the job but it doesn't seem to affect his super-sleuthing skills, in fact, we actually think the liquid courage makes him a better agent.

If you have a knack for telling mildly inappropriate jokes and you're rarely seen without an adult beverage in hand then Sterling K. Archer must be your spirit spy. (You know, like a spirit animal.) Use the men's Sterling Archer costume to get an animated cartoon makeover and ultimately transform into "the world's greatest secret agent." Sorry, James Bond, you've been outdone.

It's only fitting to have your on-and-off-again love interest and equally-talented partner, Lana Kane by your side. Turn this costume into a relevant couple's costume by picking up the officially licensed Lana costume for your date. Holler for Lana if bionic rogue spy Barry tries to destroy you or if you're in dire need of another Scotch refill.