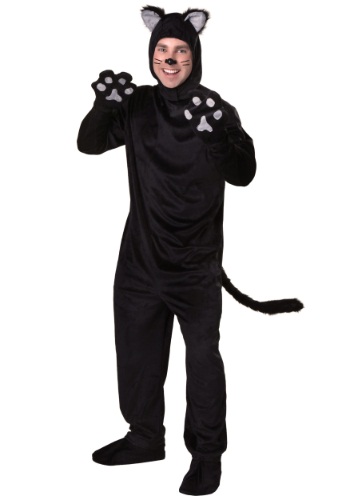 We’ve all heard the various legends about curses of ill fortune and how to be stricken with such a terrible curse, especially around the time of the year when curses are so easily passed on. Broken mirrors give you a sentence of seven years of horrific luck. The act of destroying your own image in glass or water, according to legend, broke your very soul and it would take seven full years for it to repair itself! Passing under a ladder brings the attention of evil spirits towards you because of disrupting the harmony of the triangle created by the ladder’s state. Your punishment for disrupting this careful spiritual harmonic? An eternity under the devil’s own gaze! Both of those seem a little bit overkill for such simple infractions. But, little comes close to the dangers of the black cat!

The fuzzy little critters have been worshiped in Egypt and are occasionally even seen as signs of fortune in a few places throughout the world… but one needs to be especially careful when they are sighted walking around amidst the thinning veil. Allowing a black cat to cross your path brings untold bad luck to a would-be wanderer, but it hasn’t always been exactly clear what bad luck might have been! Well, surprise, but that black kitty cat might have been a witch’s familiar and by crossing its path, you’re about to be employed into that very same service!

So, on one hand, it’s a raw deal that a black cat familiar happened to cross your path and now you are destined to become one yourself. The good news is that we have the most comfortable furry suits for you to use during your years of indentured servitude in this Adult Black Cat costume. The polyester and faux fur jumpsuit has a back zipper and sewn tail as well as perky ears on the hood to give you scratchably cute spots. Coupled with the adorable mitts sewn to the cuffs with tabby paw appliqués, you’ll be able to give adorable waves while you spread the curse to your friends. In fact, we make the same costume in toddler, child, and plus sizes, so you can bring your whole family for your night of familiar fun.