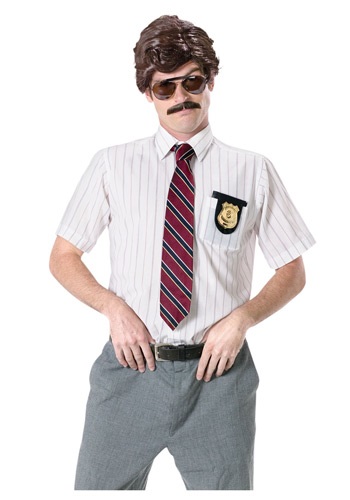 The 70s were a golden age for the greatest detectives of all time. They were the no-nonsense, get the bad guy dudes who never took any prisoners... Wait, yes they took prisoners. That was their entire job! They're also famous for being almost as cheesy as that joke we tried too hard to pull off.

That's right, there's everything from car chases that last half a movie (seriously, you'd think someone would run out of gas) all the way to the terrible death scenes when they finally catch, and shoot the bad guy (to be fair, the actors had never actually experienced dying before they shot it). The studios were pumping out so many of those each year, we're not too surprised by the serious lack of quality. We did get a few great catch phrases, a newfound love of aviators still alive and well today, and, of course, those fantastically devilish mustaches. Yes, those nose ticklers are a slick way to stay cool under pressure. Some say that the mouth brows from this era were so fantastic, the government has them locked up in a secret vault, preserved until they are needed most desperately.

Could that time be now? Could you be the next retro cop action hero? All you need is an old school wardrobe of dress clothes, a bad attitude with a vulnerable side, and this sick kit. It comes with the legendary lip sweater, badge, and sunglasses. Just be sure to practice some sweet catch phrases in the mirror before you head out onto the mean streets of wherever you're from.