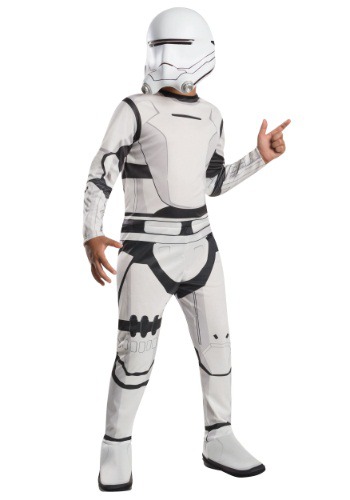 In a gigantic galaxy of all kinds of planets, aliens, starships, Death Stars, Jedi, Sith, and even Ewoks, it's hard to imagine what a little old Flame Trooper like this guy could actually accomplish. Lightsabers, blasters, thermal detonators... the list goes on and on, and this guy has... a flamethrower? JJ Abrams, help us out here (if you're listening).

Okay, we're going to give it a shot. The Empire is really quite evil if you couldn't get that from their name alone. When they land on your planet and in your city, you better watch out, because Kylo is coming to town. Doesn't matter if you're naughty or nice, if you're on his list, you're toast. TOAST! That's where our Flametrooper comes in.

You see, when the Empire needs a little help smoking a village, blasters just aren't going to light that fire efficiently. And the Empire is ALL about efficiency. So, they use Flametroopers like this one to step in and light it up. Of course, this is all Star Wars make-believe and all in the name of fun and imagination. We don't want to hear about any accidents when you get this cool costume home, alright?

Okay, now that we've justified its existence and also thrown in the obligatory safety warning, let’s look at the Flame Trooper costume once more. You probably first saw him in The Force Awakens, and you probably thought he looked pretty cool. That's why we think any kid who loves that movie is going to love this fantastic Star Wars Flametrooper costume. It looks straight out of that movie, and we promise he'll hold his own in his make-believe battles with his Jedi brother. See JJ, that wasn't so hard!